Who comes first spouse or children -why choose

Have you ever been asked to choose between your spouse and your child? In your mind, who comes first spouse or children? What has been your experience – if you have children? Would this be an issue for you?

The answer to this question can help to determine the type of relationship between parents, and between children and parents. It can seriously affect the happiness of the home. It can result in rejection, confusion, insecurities and if not properly analyzed and placed in proper perspective, may result in the destruction of the home.

Children are a heritage

I quote the scriptures: ” Lo, children are a heritage of the LORD: and the fruit of the womb is his reward”.

The news from a wife to a husband that she is pregnant is most times met with joy by the husband especially if the child had been planned.

In spite of the above, I know that there are many children born today that are not planned and whose parents only had a sexual relationship. This has resulted in most cases, in negative experiences for the child and the parents. This was not God’s design and we will examine single parent situations in another post. 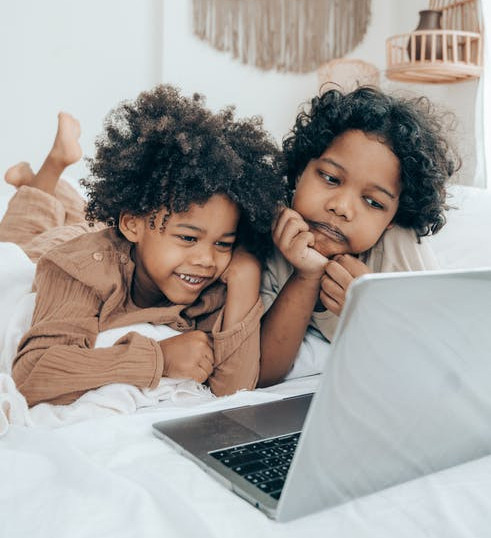 However, they come though, parents – married or unmarried – have a serious responsibility to their children. If I should identify one immediately, I would say it is the responsibility to love the child, unconditionally.

Such unreserved love will propel the parents to do all that is necessary to ensure that the child has whatever is needed to ensure the good all round development of the child. Both parents should be involved in doing so.

Yet, how they do this will be different, for the father will bring a different approach than the mother. This would be based on gender, upbringing and their philosophy of life. In most cases, the mother brings that tender feminine touch while the father provides the stronger masculine strength.

This is all good and needful to make sure that the child gets what is needed in order to make him a helpful, happy person and an asset to the society.

None of these calls for the either parent to choose between their spouse and their child or children. The love of a man for his wife or a woman for her husband should not have to compete with that of either parent for a child.

Why do people get married or decide to commit to each other and live together even if not married? And I’m not saying that the latter is the right way to go.

The majority of the time it is because they are in love with each other, or at least they believe that they are. They have decided that for the remainder of their lives, they want to exclusively commit to each other. That includes physically, emotionally, financially, sexually and even spiritually.

If you have read any of my previous posts, then by now you will know that I believe that that type of arrangement came from God. It is not man’s idea. The introduction of sin into the world brought a serious perversion, so that more and more today, that total commitment is a unique reality.

I recall that some months after my first child was born – a boy, just as I had envisioned – my wife and a relative of hers and I were traveling together. Her relative asked a question that I had never considered or even heard before. 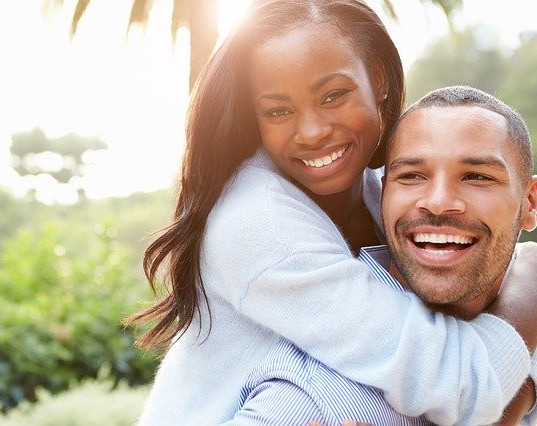 She asked my wife; “if you had to choose between your husband and your son, whom would you choose?” Without hesitation, she responded “my child of course”. I was stunned and did not know how to process that news.

I always thought that I would be paramount in her life, number one. It’s not that I did not expect her to love our son, but her statement caused a mind rearrangement for me. For me – it may sound foolish in your eyes/ears – I had been replaced. More so, this replacement was unnecessary.

I know not why my wife made that choice, we never discussed it. Later on I found out that I am not the only man that has experienced such a decision. If you are a father and has experienced a similar decision, let me know in the comments section at the end of this blog.

On the other hand, if you are a mother and has made or know of such a choice, would you share the reason for such a choice with us please. I know that the reason would vary from person to person.

Men, even potential fathers reading this post, would be greatly helped if we can understand the thought that goes into such a choice. Mother would also be able to understand the effect such a choice has on them, their spouse and the child/children that are the object of that choice.

Children and their parents

Parents are expected to love their children and children to honor their parents. By bringing a child into the world, parents agree to an unwritten contract with the giver of all life, God. That contract requires them to protect, provide for, teach, prepare for service, discipline and guide all their children.

Ideally, all of this would be done in the way of the Lord. But we do not live in an ideal world. So there are times when either parents may have to do this alone. At other times, when both parents live apart, then these same responsibilities would have to be implemented from a distance.

When parents know their responsibilities and take it seriously, then the outcome is much better. Uniting for the good of their offspring is much more effective than if each parent try to do it alone or work contrary to each other,

Though environmental factors do contribute to the formation of the character of children, the main contribution comes from their parents genetically and according to there contributions after the child is born. 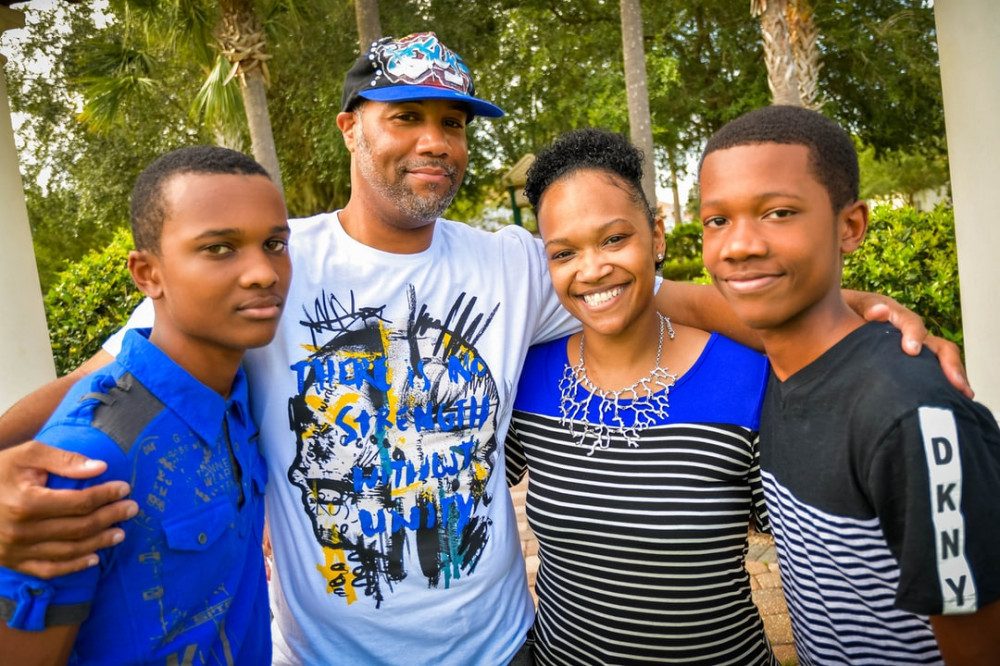 From experience with my own children and being able to observe other children daily, I have been able to see the effects of partial responsibility on their children.

In cases where parent have been lax or permissive with their children, it is always clearly evident in their behavior. It is also the same when they are well trained.

The evidence of the type of training received by the child is first felt in the home. Many parents who are dissatisfied with the character/behavior of their children blame on other factors. But deep down they are aware that it is s a result of their own doing.

When however, a child is rightly trained and properly represents his family, the parents are praised. They accept the praises as deserving. This can all be accomplished without having to answer the question, “who comes first, spouse or children?”

In all of this, children should be preparing for when that time comes to move out on their own and establish their own families. The effects of their upbringing will even be seen after they have left home.

When the children are gone

Have you ever heard about the empty nest syndrome? That is the term used for that period of time that spouses send together after their children have grown up and moved out to live on their own.

As long as parents live long enough and children take on the responsibilities of adulthood in the ideal manner, the time will come when parents will find that they are once more on their own. This can be a good time for spouses according to the mindset with which they approach this change.

If it was a nuclear family that was able to weather the stormy challenges of young love, employment or unemployment, and the arrival of children, then this is a unique time for parents to do things that they had previously unable to do.

Yes, they are much older now, and depending on when marriage took place, they can be in their fifties or early sixties by the time the nest is empty.

This does not spell the end of the world. Most likely there will be grandchildren. Some assistance may at times be necessary for their children in terms of looking after their grand children.

Then there is the opportunity to travel together, something that the previously may not have been able to do. If they did, they may have always had to take along the children. Now that they are gone, it gives their parents that opportunity to travel alone together and renew aspects of the relationship that may have suffered.

It is a great time to get reacquainted with each other. This opportunity may be ruined though, if by then they are so alienated from each other that they have no desire to spend time with each other.

This does not say that forgiveness cannot help bring reconciliation between them and brighten this part of their lives. 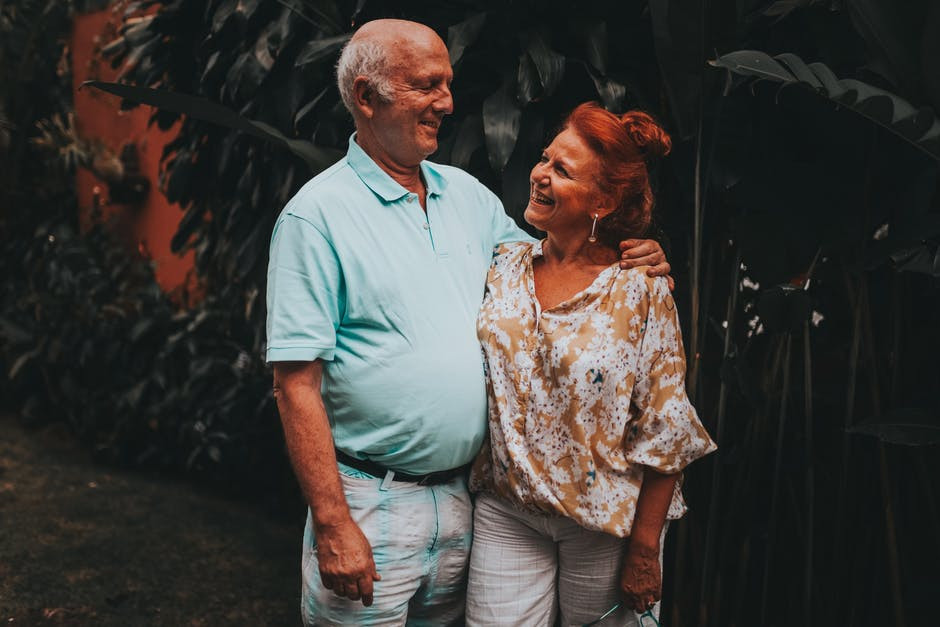 So after having chosen between you spouse and your child, how do you see yourself spending the rest of your life?

I hope that none of you my readers have experienced the negatives of such a choice. If it was indeed made, and the child given first place in front of the spouse, I hope that somewhere along the line that changed.

This they do while still loving each other and loving their children. Even while they prepare their children for adulthood, they take time to nourish their own relationship. When the time comes for the children to leave home, parents are ready to move into a new phase of their life. They can develop a more mature love now, one where sex, work and the upbringing of children are not the focus.

Instead, the focus can be on each other and growing a stronger relationship. As the sunset of their lives approach, they will have few regrets. They will be able to face the end with hope and satisfaction that they did not have to choose between each other and their children.